If I Stay Review 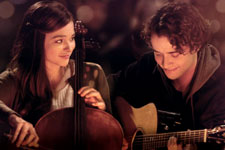 Nupur Barua / fullhyd.com
EDITOR RATING
4.0
Performances
Script
Music/Soundtrack
Visuals
6.0
4.0
8.0
6.0
Suggestions
Can watch again
No
Good for kids
No
Good for dates
Yes
Wait to rent it
No
Fans of Young Adult (YA) Literature love their vampires and werewolves and everything fantastical in between. True, most of the novels have love stories as the larger plot, but it is the adrenaline stuff that keeps the readers hooked. Gayle Forman must have decided that these readers need something with more depth, which is why she wrote If I Stay, a story of a girl in a "battle between fate and self-will" (Thuy On). And like most YA novels, the acceptance of this one, too, will depend on the fate of the movie.

Because, let's face it, the subject matter is a little too heavy to handle. It requires some thinking - unlike other novels in the genre. Which is why the makers of the movie, If I Stay, roped in Chloe Grace Moretz to play the lead, hoping to cash in on her popularity amongst young cine buffs. Not that the book is not already successful. A movie always helps, though.

Mia Hall (Chloe Grace Moretz) is a conventional young girl in many ways. Her life revolves around her parents Kat and Denny (Mireille Enos and Joshua Leonard), her younger brother Teddy (Jakob Davies), her best friend Kim Schein (Liana Liberato), and, most importantly, her music. Mia is an accomplished cello player, even though she is still in High School.

Needless to say, her affinity for classical music makes her a bit of a freak in school. She is not enamoured of rock and roll or other popular music, and often feels out of place in social gatherings with people her age. She used to have a boyfriend, Adam Wilde (Jamie Blackley), but they separated. In fact, the very reason that brought them together - he was fascinated with her talent - rips them apart when she applies to the Juilliard School of Performing Arts. Adam, who is slightly older than Mia, is the lead guitarist and vocalist of a band named Shooting Star, and his hectic schedule anyway does not give the couple much time together.

When school is cancelled one day, Mia and her family decide to drive out to her grandparents' farm. Unfortunately, their car crashes into a truck on the highway. When the paramedics arrive and Mia tries to speak with them, she realises that they cannot hear her. She is aware of what is happening to her, but her physical body is unresponsive to external stimuli. After a surgery, she is still unconscious, but her spirit is very much around. Her grandfather then tells her things about her family that she did not know, and also tells her that she must decide whether to give in to death, or to come back to a life that will be forever changed.

Gayle Forman writes well, so when you read the book, you may become engrossed in this dilemma that Mia finds herself in. When the same words are made visually visible to you on a big screen, it is a different story. The movie remains faithful to the book, and that is not always the best way to approach the retelling of a story. Mia's story is all about self-realisation, nostalgia, acceptance and other such concepts, and to have the actor express the deep emotion throughout is not easy. The use of flashback as a device helps to separate the monotonous hospital scenes from the happier family life ones, and is useful to show contrast, but again, Mia is the same quiet girl in both scenarios, so there is not much to compare and contrast with.

Basically, the drama is missing. Yes, it is all emotional and makes you want to reflect on the choices you have made as a youngster, but that may not be what young audiences, used to fast-paced action and violence, are looking for. You may find yourself shifting restlessly in your seat, because the cloying nostalgic scenes may become too much. There is enough repetition of the same, and it makes the screenplay both dull and predictable. In short, the entire script is rather flat, and you will not find yourself rooting for any of the characters.

The only spark here is Chloe Grace Moretz, but even she cannot breathe life into an otherwise depressing film. She sticks to a few basic expressions throughout, almost as if her heart is not in it, much like the character, actually. Her talent, however, is obvious, even in this limited scheme of things.

Jamie Blackley is a good-looking young boy, and this alone may contribute to a teenage fan following, but he has his limitations as a young actor, especially in this movie. Stacy Keach is wasted, with a few monologues here and there. The other actors are decent, but nothing to write home about.

The production design is, on an average, effective, but since there are limited spaces that the movie is shot in, that is not saying much. More attention is paid to the not-so-obvious visual effects, and they may distract you from the yawn-fest unfolding on the screen. The costume design is normal, and is not likely to spin new trends. The camera work is patchy in parts, as is the editing.

The best thing about If I Stay is the music. The way the music is arranged in the film may seem a little clichéd, but the range is exciting. With a score going from classical to rock, this is one of the few movies that pays more attention to the background score than it does to a structure in the screenplay. Keep an ear out for some great cello pieces.

The book is better than the movie, as it almost always is. However, the movie is a replica of the book visually, almost, and does not have the same effect. Not all written words are suitable for visual representation, you realize, but you also wish the makers were a little more adventurous with their film.

Avoid this one, unless you are in the mood for some cello.
Share. Save. Connect.
Tweet
IF I STAY SNAPSHOT 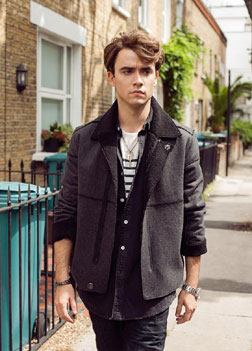 ADVERTISEMENT
This page was tagged for
If I Stay english movie
If I Stay reviews
release date
Chloe Grace Moretz, Mireille Enos
theatres list
Follow @fullhyderabad
Follow fullhyd.com on
About Hyderabad
The Hyderabad Community
Improve fullhyd.com
More
Our Other Local Guides
Our other sites
© Copyright 1999-2009 LRR Technologies (Hyderabad), Pvt Ltd. All rights reserved. fullhyd, fullhyderabad, Welcome To The Neighbourhood are trademarks of LRR Technologies (Hyderabad) Pvt Ltd. The textual, graphic, audio and audiovisual material in this site is protected by copyright law. You may not copy, distribute, or use this material except as necessary for your personal, non-commercial use. Any trademarks are the properties of their respective owners. More on Hyderabad, India. Jobs in Hyderabad.