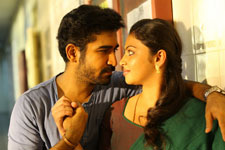 Ajay Kumar R / fullhyd.com
EDITOR RATING
4.5
Performances
Script
Music/Soundtrack
Visuals
7.0
4.0
7.0
7.0
Suggestions
Can watch again
No
Good for kids
No
Good for dates
No
Wait to rent it
Yes
Box-office hit Bichagadu fame Vijay Anthony as part of promotions released two short video clips of his latest movie Bethaludu online, a few days prior to its release on the big screen. This apparently kept the audiences and fans guessing, and gave the film the hype it needed. If you have watched those videos, well, it's bad news - the spine-chilling part of Prathi Krishnamurthy's and Anthony's psycho-thriller is contained only within those few minutes, and the rest hour or so is a whole another story.

The tale unfolds with protagonist Dinesh (Vijay Anthony), a shrewd and intelligent techie, experiencing a psychotic break after he starts to hallucinate a spate of petrifying voices inside his head. Soon, the Voice starts to become more coherent, and Dinesh starts to talk back to it. Life gets tough for him as he starts to dissociate from his loving and caring wife Aishwarya (Arunthathi) and gets consumed by the malevolence of his hallucinating mind. His days and nights turn into a horror show as he is constantly haunted by the shadows and voices his mind projects.

A bewildered and terrified Dinesh seeks help from his friend. But that, too, fails as his psychosis injures him and kills the friend by causing a freak accident on an overbridge. While he is recovering from his injuries, the doctors diagnose him with a brain lesion somewhere in the frontal cortex, which is supposedly behind the Voice. But he is also told that there may not be a way to survive the surgery, since the frontal cortex is a highly sensitive portion of the brain.

Dinesh reluctantly declines the treatment and approaches an expert psychiatrist, who, during the sessions that follow, discovers a truth about Dinesh's condition that would transcend any known science - the lesions are somehow accelerating his brain activity and causing him to remember his past life. To add to his woes, this also causes a split personality disorder in him where he assumes the personality that he was in his past life. Dinesh then sets out on a tragic and painful journey full of twists and turns, to discover whether the memories of his "past life" are true.

Bethaludu takes you down the rabbit hole through a beginning packed with suspense, horror and spine-chilling thrills which will leave you frozen on your seat. But just when you think the movie is going to pull off an absorbing horror-thriller, it starts traversing several other genres including science fiction about superhuman drugs, and rebirths, vengeance and past-life, derailing from its initial premise. And that doesn't turn out very pleasant.

The film also excessively stresses on finding and killing Jayalakshmi, a person who plays a pivotal role in forming the crux of the story. That is so tiresome, halfway through you find yourself offering Dinesh to track the elusive Jayalakshmi yourself.

Also, unlike a few of Vijay Anthony's previous ventures including Dr. Salim (2014) that stimulate both the inner fan and the intellectual side in you throughout the film, Bethaludu keeps your cognition engaged only as long as Dinesh is oblivious to the science (or pseudo-science) behind the Voice. It makes you genuinely believe that there is Bethaal dangling from his shoulders. The movie even emulates a scene from The Ring where the protagonist "sees" a ghastly girl inside the TV walking towards him. This and many others build up anticipation and a fear of impending doom, right before letting you down with a scientific explanation for Dinesh's experience.

And the introduction of a very grim and psychopathic antagonist who later turns out to be a whiny punchbag is the proverbial last nail, nullifying Bethaludu's tone.

Bethaludu is however a complete Vijay Anthony treat, as he delivers a flawless performance as a "schizophrenic" possessed by his own demons. Arunthathi needs a lot more polishing to be cast alongside Anthony. None of the secondary antagonists acts well or even adds heft to the plot.

The visuals (Pradeep Kaliprayath) and the music (Vijay Anthony) fool you into believing that this is going to be a full-fledged psycho-thriller with some looming horror. Unlike a lot of horror or thriller movies, this film uses the electronic guitar to its fullest, and avoids giving jumpscare sounds. Instead it features a pulsating soundtrack with fast-paced pop-rock rhythms that add to the fear the movie intends to create in the audience, at least in the first half.

Bethaludu would have been a lot better if the direction had focused on one genre, instead of serving a rather confusing and bitter cocktail. This one is unlikely to replicate the magic of Bichagadu, and is primarily for Vijay Anthony fans.
Share. Save. Connect.
Tweet
BETHALUDU SNAPSHOT 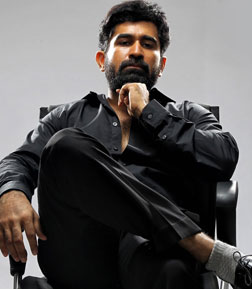 ADVERTISEMENT
This page was tagged for
bethaludu full movie online
Bethaludu telugu movie
Bethaludu reviews
release date
Vijay Anthony, Arunthathi Nair
Follow @fullhyderabad
Follow fullhyd.com on
About Hyderabad
The Hyderabad Community
Improve fullhyd.com
More
Our Other Local Guides
Our other sites
© Copyright 1999-2009 LRR Technologies (Hyderabad), Pvt Ltd. All rights reserved. fullhyd, fullhyderabad, Welcome To The Neighbourhood are trademarks of LRR Technologies (Hyderabad) Pvt Ltd. The textual, graphic, audio and audiovisual material in this site is protected by copyright law. You may not copy, distribute, or use this material except as necessary for your personal, non-commercial use. Any trademarks are the properties of their respective owners. More on Hyderabad, India. Jobs in Hyderabad.