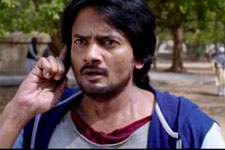 Josh / fullhyd.com
EDITOR RATING
2.5
Performances
Script
Music/Soundtrack
Visuals
3.0
3.0
6.0
5.0
Suggestions
Can watch again
No
Good for kids
No
Good for dates
No
Wait for OTT
No
So there are these things called Obfuscated Code challenges. These are contests where you write a program that does a given task but when anyone tries to read your program they are not expected to understand anything - that is you obfuscate your code such that no one looking at it can tell its purpose. And a good part of Nenorakam runs like it's winning the obfuscated script challenge.

So much keeps happening. Multiple young men are getting strange phone calls which trouble them. One guy gets caught with drugs and he insists that they must have been planted to implicate him. Completely unrelated, Svechcha (Reshmi Menon) insists that plants have feelings and should be apologised to. While she is grafting stalks, Gautam (Sai Ram Shankar) uses quite some graft to stalk her.

Gautam's stalking technique is really poor. For instance, he has a legitimate job! Now, sir/madam, we ask you, how is it acceptable to be a Telugu film stalker unless you do it full-time? How are you going to harrow the girl's head and burrow into her heart if she thinks you have more productive and meaningful things to do with life? Now we are no friends of Sairam Shankar's but we would strongly advise him to watch some of his brother's classics like Idiot and also take notes from recent blockbusters like Nenu Local or Remo (Tamilians do know how to celebrate a stalker when they see one).

Anyway, being relatively new to Telugu cinema, Svechcha is impressed by Gautam's subpar joblessness and pathetic lying capabilities. A duet later, she gets kidnapped by Sarath Kumar (his dubbing in Telugu almost unseats Shayaji Shinde from the "Most Annoying Telugu Speaker" pedestal).

Now Sarath Kumar wants Gautam to do various dangerous tasks to set Svechcha free. One of these tasks requires Gautam to run 10 km in 10 minutes (an average of 60kmph over 10 minutes). And Kumar goads Gautam with a wonderful line that goes "Nijamaina prema unte emaina cheyyochchu". We were reminded of Interstellar which, too, deals with breaking human barriers and an equally bullshit line that goes "Love is the one thing that transcends space and time". Unmindful of our chagrin, however, Gautam accomplishes this task by means of slo-mo shots and profound faith in the audience's stupidity.

We could talk about the multiple other plot elements like comedy that calls Viva Harsha a bison, torture scenes (innovatively conceived - there's cigarettes, beer, prostitution and anything else you'd like to disgust you), and plenty of cleavage. But if we venture that far this review could end up being more writing than the film's script got.

One matter of interest is how the songs sound good (they actually do), the visuals look pretty, and the film's edited with a professionalism not expected of a non-film like Nenorakam. It reminds us of the famous Amitabh Bachchan - Shashi Kapoor exchange in Deewar where Vijay goes "Mere paas paisa hai, bangla hai, gaadi hai, naukar hai, bank balance hai - aur tumhare paas kya hai?" to which Ravi responds "Mere paas maa hai". The makers of Nenorakam had enough money and contacts to source out good technicians and good actors, and even get a large release. They appear to have no filmmaking capabilities, though. Nothing in the film is really worth discussing.

Uh, we might be a bit wrong there. There are precisely two reasons why you might want to walk into a hall playing Nenorakam.

1. M S Narayana is in it. This film must have been in the cans pretty long since MSN looks healthy and cheery. Though you need to suffer some awful dubbing for his voice.

2. The film being so old also means that you don't have Rahul Dravid lecturing you about getting run out and having 'patuthvam' in those awful No Cigarette ads. Instead you still have the erstwhile "Ee nagaraniki emaindi...?" which, if you are sentimental and sensitive like us, will be the most exciting thing about the film.
Share. Save. Connect.
Tweet
NENORAKAM SNAPSHOT 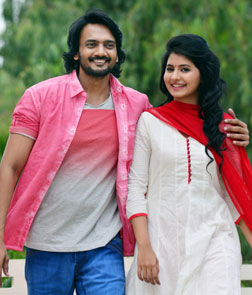 I'll create and moderate a subreddit wherein we could discuss whatever we wish about the film till 3pm. Thereafter I'll put together a piece which reflects the various perspectives and opinions, good, bad, and ugly.

Let me know if anyone at all is interested. I'll bump this comment every morning till Friday to maintain visibility.
Josh on 23rd Mar 2017, 6:08am | Permalink
*Bump*

Okay, folks, I'm reviewing Katamarayudu this Friday and I am considering making it a collaborative review. I mean, if you watch a morning show on Friday, you're welcome to discuss it and contribute to the review.

I'll create and moderate a subreddit wherein we could discuss whatever we wish about the film till 3pm. Thereafter I'll put together a piece which reflects the various perspectives and opinions, good, bad, and ugly.

Let me know if anyone at all is interested. I'll bump this comment every morning till Friday to maintain visibility.
Kishore on 21st Mar 2017, 11:38am | Permalink
Good review :). Liked the stalk bit and the "being relatively new to Telugu cinema, Svechcha is impressed by Gautam's subpar joblessness" among others :)
Josh on 22nd Mar 2017, 8:39am | Permalink
Thanks, Kishore.
The Common Movie Goer on 20th Mar 2017, 2:20am | Permalink
Brilliant review. 10/10. "While she is grafting stalks, Gautam (Sai Ram Shankar) uses quite some graft to stalk her" is an absolute masterpiece of a sentence, and the reason we love fullhyd. I love Rahul Dravid but hate his stupid advertisement about getting run out - I might have to watch this one just for Ee Nagaraniki. Pretty sure you are joking about the 60kmph bit, I mean....c'mon! The Obfuscated Code challenge simile was genius.

Disagree about two things however. 1. Shayaji Shinde rocks, I find his Telugu amazing in spite of not being a native speaker. 2. I don't believe in love very much, but that line in Interstellar is not BS given the context of the movie.

Anyway, if you are going to check out what happened to the nagaram, may I recommend Nagaram to you? It's just fascinatingly well made and it's a bit late for a review but I really want more people to watch it.
The Common Movie Goer on 22nd Mar 2017, 11:33am | Permalink
Thanks for the reco, Josh!. I'll watch it at the first opportunity I get.
Josh on 22nd Mar 2017, 12:31pm | Permalink
Also, can you join the Katamarayudu collaborative review? Look at the other comment I made in this review.
The Common Movie Goer on 23rd Mar 2017, 12:20pm | Permalink
I would have loved to have my name on a fullhyd review, Josh. However, I am not in India and won't be able to watch the first show. (The reason for my Telugu movie review hiatus over the last couple of years). Either way, I am a huge PK fan but I've done nothing but bitch about his movies of late. I loved Gopala Gopala (and Gabbar Singh to an extent) but I found it difficult to sit through Sardaar, AD, Cameraman, and Puli. The last thing I want to do is offend Power Star fans.

ADVERTISEMENT
This page was tagged for
Nenorakam means
Nenorakam telugu movie
Nenorakam reviews
release date
Sairam Shankar, Reshmi Menon
Follow @fullhyderabad
Follow fullhyd.com on
About Hyderabad
The Hyderabad Community
Improve fullhyd.com
More
Our Other Local Guides
Our other sites
© Copyright 1999-2009 LRR Technologies (Hyderabad), Pvt Ltd. All rights reserved. fullhyd, fullhyderabad, Welcome To The Neighbourhood are trademarks of LRR Technologies (Hyderabad) Pvt Ltd. The textual, graphic, audio and audiovisual material in this site is protected by copyright law. You may not copy, distribute, or use this material except as necessary for your personal, non-commercial use. Any trademarks are the properties of their respective owners. More on Hyderabad, India. Jobs in Hyderabad.