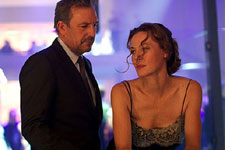 Nupur Barua / fullhyd.com
EDITOR RATING
4.0
Performances
Script
Music/Soundtrack
Visuals
5.0
4.0
5.0
6.0
Suggestions
Can watch again
No
Good for kids
No
Good for dates
No
Wait for OTT
No
There was a time, during the 1980s and 1990s, when Kevin Costner was considered hot property. He became so involved in philanthropic and political work after Dances With Wolves, that Hollywood became second priority. When he saw what Luc Besson's scripts had done to Liam Neeson's forgotten career, he did not hesitate to jump in and place his life in the writer's hand, and that is the story of how he became the lead actor in 3 Days To Kill - a story, we might add, that is far more interesting than the movie itself.

In yet another misplaced tale of American patriotism, with a French twist, 3 Days To Kill has nothing new to offer. Kevin Costner plays CIA agent Ethan Renner. His nemesis is an arms and ammunition smuggler named The Wolf (Richard Sammel), and Ethan is always looking for ways to catch him while he can. The Wolf has a trusted aide named The Albino (Tomas LeMarquis), whom Ethan injured during a raid but could not capture.

Ethan has bigger problems on his plate though - he has been diagnosed with terminal brain cancer, and chances are that he will not live through the year. This is when he decides to reach out to his estranged daughter Zoey (Hailee Steinfeld) and ex-wife Christine (Connie Nielsen).

Christine reluctantly allows him to re-enter their lives, and leaves Zoey with him when she goes out of town. The rest of the movie is all about Ethan trying to understand his rebellious, wild teenage daughter, while he continues to hunt The Wolf and gang.

A CIA assassin, Vivi Delay (Amber Heard) has been in touch with Ethan, and the only reason that Ethan has agreed to take down The Wolf is that Vivi has promised him a drug that will extend his life beyond the doctor's prediction.

The problems begin when Zoey starts lying, when the drug creates hallucinations, and when he realises that The Wolf is more involved in his personal space than he would have liked.

This spy thriller and emotional family drama combination is not new. We have seen it before in countless movies of aging agents who are tired of running and hiding but are always caught up in their careers. Therefore, the story is not only predictable, but dull. You know that the villain will be brought to justice and you know that the strained relationships will get better.

Setting it in Paris brings it a slightly different dimension, in terms of culture, architecture and language, but honestly, no spy movie is worth its salt if it does not have European locations.

The dialogues are as Hollywood as they can get - in fact, the rest of the movie is also filled with stereotypes, from the deadly hot assassin to the menacing villain to the helpless father and rebel-without-a-cause daughter. Terrorism in general has become the spine for most plots, and this movie is no different. The only surprise is how lacklustre it is, and how ridiculously surreal the plot points are. The emotions seem fake, and the dialogue delivery is very poker-faced, for all the characters.

Kevin Costner is monotonous in his depiction of a CIA agent, and that may have been keeping with character, but one misses the sophisticated arrogance that his previous roles have so successfully brought to screen. This was his one shot at getting back to playing the hero, and a poor screenplay jinxed it.

Amber Heard is too busy looking glamorous, and one wonders why she could not have been more realistic. Connie Nielsen is convincing, and Hailee Steinfeld is alternately brilliant and irritating. Richard Sammel is intimidating enough, but Tomas LeMarquis is creepier.

Paris as a location has been done to death in Hollywood movies, in both thrillers and rom coms. There is nothing new here, either in terms of production design or cinematography. The colour tone does not hurt the eyes, so the movie has that going for it.

Even the action sequences seem inspired by countless other movies of the same genre. However, the action is the reason that you can even sit through the movie, because it feels good to see the old Kevin Costner beating the living daylights out of much younger (and stronger) goons, without looking like either Arnold Schwarzenegger or Bruce Willis.

"Die or kill" is the theme of the 3 Days To Kill, and by the end of it, you wish the emotional aspect of the movie was given more importance without making it so corny. This is not the best movie for a return to stardom, for Kevin Costner, but one hopes that he manages to get a few more roles in the future to make up for this disappointment. McG, who has also directed one of the Charlie's Angels movies, needs to spruce up his act, too, and bring some soul into stories that he likes to bring to screen.

3 Days To Kill can be avoided, unless you have some misplaced loyalty towards Kevin Costner - then you deserve the harrowing two hours of disillusionment that his character faces in the movie.
Share. Save. Connect.
Tweet
THREE DAYS TO KILL SNAPSHOT 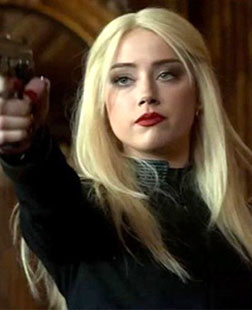 ADVERTISEMENT
This page was tagged for
Three Days To Kill english movie
Three Days To Kill reviews
release date
Kevin Costner, Hailee Steinfeld
theatres list
Follow @fullhyderabad
Follow fullhyd.com on
About Hyderabad
The Hyderabad Community
Improve fullhyd.com
More
Our Other Local Guides
Our other sites
© Copyright 1999-2009 LRR Technologies (Hyderabad), Pvt Ltd. All rights reserved. fullhyd, fullhyderabad, Welcome To The Neighbourhood are trademarks of LRR Technologies (Hyderabad) Pvt Ltd. The textual, graphic, audio and audiovisual material in this site is protected by copyright law. You may not copy, distribute, or use this material except as necessary for your personal, non-commercial use. Any trademarks are the properties of their respective owners. More on Hyderabad, India. Jobs in Hyderabad.