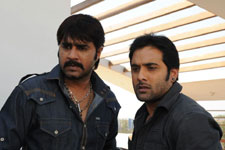 Ravi Kandala / fullhyd.com
EDITOR RATING
3.0
Performances
Script
Music/Soundtrack
Visuals
5.0
3.0
3.0
3.0
Suggestions
Can watch again
No
Good for kids
No
Good for dates
No
Wait for OTT
No
One of the interesting parts of being a reviewer who has to see every release, whether small or big, is observing the diverse groups of audiences that come to theatres to see movies. More than 60% of these movies fall in the category where you would typically expect to be the only person in the theatre. However, we are constantly surprised by the mix of the audiences that we find in the theatres.

From the well-dressed employee/salesman types to the student populace, from the front-benchers who walk in for some cheap thrills looking at the posters to the typical housewife groups, from the people trying to escape the sweltering heat to the father-daughter duos out for some bonding time, we've seen all kinds of people in these cinemas. And wondered what drags them to these films.

Take the case of Veta, for example. It stars Srikanth, who's at the fag end of his career doing one meaningless film after the other, and Tarun, whose career ended years ago, with only films that were stuck in the cans for a few years releasing now. What then would inspire someone to walk into a theatre screening a film starring these two, is beyond our comprehension.

Anyway, Veta is a movie that was clearly started with some good intentions and plans. In these days when songs have become excuses for skin show, the fact that the director took pains to write a situation and then get a song written to suit that situation, however moronic the song and the situation maybe, shows that there was some thinking behind this one.

However, the thinking seems to have begun and ended with that song, for the rest of the movie is filled with the kind of clichés that would put the word cliché to shame. The story revolves around Murali alias Karthik (Tarun) and his elder brother Jagan (Srikanth). Jagan is the chief henchman of a don. While Jagan is in jail for some crime, Murali joins the don's gang, kills the don's brothers and disappears. Jagan returns from jail, and when faced with the choice between his brother and his loyalty to the don, chooses his brother. Why Murali joins the gang and kills the don's brothers, and how Murali and Jagan combine to eliminate the don, form the rest of the film.

Tarun was clearly hoping that this movie would change his image from chocolate boy to action hero - however, the film only works accelerate his descent into oblivion. Srikanth goes through the motions in the most inanimate manner possible. Oh, and did we mention that he has the most humorous portion of the movie, where he utters a couple Hindi dialogues? One of his dialogues is Teen Tera Nau Atthra and the way he utters it sounds like he's saying something in Timbuktian.

There is also a love story for Tarun with a girl whose name is Jasmin Bhasin. The girl can't act, smile or dance. The remaining cast is there just to fill the screen, and not even Fish Venkat seems to have agreed to dub his lines.

The film has a flashback that only adds to the length of the movie and not to the appeal. The director seems to have lost interest somewhere during the shoot and churns out a half-baked flick. Chakri's music is better not talked about.

Veta is the kind of a movie that will give a headache to people who enter the theatre hoping to escape a headache from the heat. We leave the choice of the source of the headache to you.
Share. Save. Connect.
Tweet
VETA SNAPSHOT 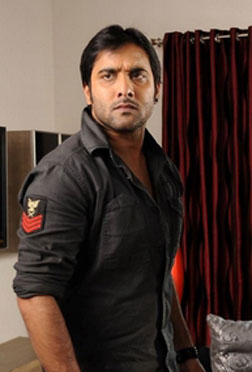 ADVERTISEMENT
This page was tagged for
Veta telugu movie
Veta reviews
release date
Srikanth, Tarun
theatres list
Follow @fullhyderabad
Follow fullhyd.com on
About Hyderabad
The Hyderabad Community
Improve fullhyd.com
More
Our Other Local Guides
Our other sites
© Copyright 1999-2009 LRR Technologies (Hyderabad), Pvt Ltd. All rights reserved. fullhyd, fullhyderabad, Welcome To The Neighbourhood are trademarks of LRR Technologies (Hyderabad) Pvt Ltd. The textual, graphic, audio and audiovisual material in this site is protected by copyright law. You may not copy, distribute, or use this material except as necessary for your personal, non-commercial use. Any trademarks are the properties of their respective owners. More on Hyderabad, India. Jobs in Hyderabad.