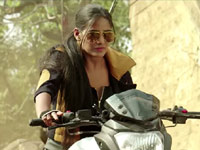 Josh / fullhyd.com
EDITOR RATING
1.0
Performances
Script
Music/Soundtrack
Visuals
1.0
1.0
1.0
4.0
Suggestions
Can watch again
No
Good for kids
No
Good for dates
No
Wait to rent it
No
Who doesn't make bad movies? Even the best of filmmakers sometimes goof up. Anybody who's dabbled with filmmaking surely has footage that they wouldn't want seeing the light of day. They wish those skeletons in their closet would get deleted from human access, forever lost in oblivion.

The gratifying thing is these people are aware of just how horrible their work is. It takes a special class of people to actually make insufferable tripe and then go on to proudly exhibit the unholy goop to other people. Why would they, you ask? The answer is the "Dunning Kruger Effect". Wikipedia defines it as - "The Dunning Kruger effect is a cognitive bias wherein relatively unskilled individuals suffer from illusory superiority, mistakenly assessing their ability to be much higher than is accurate." In layspeak - stupidity that is blissfully unaware of itself and, sometimes, even proud of itself.

A couple of years back when Poonam Pandey was busy strutting her stuff for free on social media, someone had a bright idea. Why not monetise this lady's enthusiastic strutting and make some money off of it? Sunny Leone was clear proof of concept. So yeah, why not?

We'll now go all Buzzfeed on you and give you the "5 Reasons Why Malini & Co Shouldn't Have Been Made".

Malini & Co has a plot involving - brace yourself - international terrorism! The movie features the Sri Lankan military, the LTTE and a Tamil don in Mumbai (oh, BTW, none of the characters is Telugu, and yet they speak various dialects of Telugu - and complicating things further, Ms. Pandey speaks Tamil in between). Apparently, the Sri Lankan army abducts children and brings them up in isolation like dogs (with a collar around the neck), and trains them to be savage killers. They are also actually called 'child-dogs'.

We can't exhaust the strangeness of this incoherent mess in two paragraphs. Things keep happening and often you don't know why. Malini (Poonam Pandey) comes as a masseuse to some colony in Mumbai. The womenfolk of the colony resent her because she's "stealing" their husbands. Then we are told she has an invalid husband and she's having to do her business in order to support him. Then we are told she does not actually indulge in prostitution. Later we get to know she's actually Hema who's a wanted terrorist in Sri Lanka. And much later, we're told her father is the don in the area.

More and more keeps happening, and the general effect this topsy-turvy excuse for a plot has on us is the gag reflex. The brief should have been simple - just focus on the leading lady's visible curves and get it over with. How difficult is it to follow through?

#4 - The case of the brutal misuse of good actors

Suman's character is dubbed for by someone who seems to be suffering from chronic laryngitis. At any rate, he has nothing to do but glower. Zakir Hussain's character gains an epiphany somewhere near the end that "Anoo Spa" (Malini's massage parlour) is actually meant to be Anu's Pa (see the cleverness, will you?). How these guys managed to live through this, we can't imagine.

Zakir Hussain, Suman, Jeeva, and Ajay Rathnam are all very good actors. It is embarrassing to watch them in something that should have been chopped and burnt at the censors' office.

There are songs which are shamelessly copied from other sources. This is fairly common in our industry, but what's mindboggling in Malini & Co is where they got copied from. The music director makes no effort whatsoever to look for obscure songs (a talent perfected by Preetam), and happily mashes up already popular Telugu songs! The biggest sin must be to coolly plagiarise Ilayaraja's Asalem Gurthukuraadu from Antahpuram! Worryingly, even the visuals remind of that one.

#2 - Because Kanti Shah is national treasure

Camp is something Indian film industries do well. The goal of entertaining without getting mixed up in intellectual stimulation is quite a noble one. Kanti Shah, the man who made the cult classic Gunda, takes this goal seriously, and has consistently produced crude but highly entertaining films. The makers of Malini & Co should take a leaf from Mr. Shah's book and make unapologetic camp. Why do they feel the need to come up with convoluted plots and put in action scenes with nonsense about terrorism, police etc.?

And what's with the moralising? You know why the audiences might come to the theatres - why do you have to be so bashful about it?

She can't act. She can't dance. She is made to fight in some scenes and we aren't sure why someone would go through the trouble.

She is like Kim Kardashian. There might be any number of studio-produced features with her in them, but her most popular work is always available online for free. Who wants to go and spend money for watching milder versions of essentially wild content?

Maybe we should make an entry for the Dunning Kruger effect in Urban Dictionary. And then we can follow it up with an example statement - "Malini & Co is so ridiculously, unbearably bad that we're sure the makers are suffering from the Dunning Kruger Effect. How could they even release it in theatres? Like, just, HOW!?"
Share. Save. Connect.
Tweet
MALINI & CO SNAPSHOT 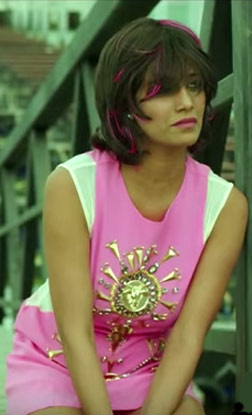 ADVERTISEMENT
This page was tagged for
Malini & Co telugu movie
Malini & Co reviews
release date
Poonam Pandey, Suman
theatres list
Follow @fullhyderabad
Follow fullhyd.com on
About Hyderabad
The Hyderabad Community
Improve fullhyd.com
More
Our Other Local Guides
Our other sites
© Copyright 1999-2009 LRR Technologies (Hyderabad), Pvt Ltd. All rights reserved. fullhyd, fullhyderabad, Welcome To The Neighbourhood are trademarks of LRR Technologies (Hyderabad) Pvt Ltd. The textual, graphic, audio and audiovisual material in this site is protected by copyright law. You may not copy, distribute, or use this material except as necessary for your personal, non-commercial use. Any trademarks are the properties of their respective owners. More on Hyderabad, India. Jobs in Hyderabad.