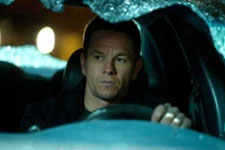 Nupur Barua / fullhyd.com
EDITOR RATING
5.0
Performances
Script
Music/Soundtrack
Visuals
6.0
4.0
6.0
5.0
Suggestions
Can watch again
No
Good for kids
No
Good for dates
No
Wait to rent it
No
Some brother/friend duos work really well together. Take for instance the Coen Brothers, or Matt Damon and Ben Affleck. And then there are some duos, who sometimes decide to follow individual plans and end up giving us shoddy art. The Hughes Brothers, known for From Hell and The Book Of Eli, are "kind of in a weird dance right now", despite their deep affections for each other, and this "separation" may explain why Allen cannot deliver alone what he can with Albert.

Allen's latest offering, Broken City, is slightly broken. Billy Taggart (Mark Wahlberg), a cop in New York, is given a second chance at leading a normal life, despite his controversial past. And the man responsible for this is none other than Mayor Hostetler (Russell Crowe) himself. Billy is eternally grateful, of course, and turns over a new life, with a new career as an investigator.

Life as a detective is not easy, unless you are Sherlock Holmes, and Billy finds himself short on cash most of the time. The Mayor comes to the rescue again. Hostetler offers Billy an obscene amount of money to find the man who is sleeping with his wife, Cathleen Hostetler (Catherine Zeta-Jones). Billy does not see anything wrong with the assignment (and he needs some money anyway), he realises that things are not quite what they seem.

As a screenplay, Broken City has a weak premise. Actually, it would have worked better if it were set in the 1990s or earlier. The dilemmas are very last-century, and therefore not compelling enough to make a credible story.

Besides being predictable, the film tries too hard to maintain a film noir look and feel, and fails. Dialogues are clichéd (but strangely entertaining), as are the plays between good and evil, the rich and the underprivileged, the powerful and the proletariat, and the honest cops and sleazy bureaucrats.

Inexplicable (and sometimes impossible) plot points do not help the screenplay much. The film is a commentary on the American social and bureaucratic scene, of course, but Hughes should have maybe stuck to plain story-telling, as opposed to gimmicky scenes and twists.

Broken City does have a positive side, though - the actors. Russell Crowe as the shady Mayor does a very, very (and frighteningly) convincing job. He portrays menace and virtue with equal ease. He is clearly in charge here as the protagonist.

Mark Wahlberg is silent, sincere, confused, and broodingly attractive. He gains the sympathy of the audience, and as most of the story revolves around him, he becomes a representative of the masses (sometimes angry, sometimes helpless, sometimes betrayed, sometimes happy etc.) - an effective tool in these present times. He is the reason the poor script with its many flaws can be ignored.

The star is, of course, Catherine Zeta-Jones. Her age is showing now, but that suits the role that she is required to act out in this movie. As the story evolves, so does her character, and she manages to go from a trashy rich woman to a woman of substance, with élan.

The hamming comes not from the actors, but from the screenplay and the visuals. Cinematography is nothing short of gimmicky, although the car-chase sequence is a riveting one. Production and costume designs are above-average, but again, very contrived - there is nothing in this movie that you have not already seen before.

Watch Broken City only if you are a die-hard fan of any kind of crime/political thrillers, and definitely if you are a Mark Wahlberg aficionado. Remember that the movie runs on and on for more than a 100 minutes, though.
Share. Save. Connect.
Tweet
BROKEN CITY SNAPSHOT 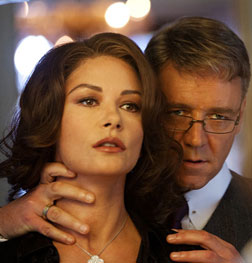 ADVERTISEMENT
This page was tagged for
Broken City english movie
Broken City reviews
release date
Mark Wahlberg, Russell Crowe
theatres list
Follow @fullhyderabad
Follow fullhyd.com on
About Hyderabad
The Hyderabad Community
Improve fullhyd.com
More
Our Other Local Guides
Our other sites
© Copyright 1999-2009 LRR Technologies (Hyderabad), Pvt Ltd. All rights reserved. fullhyd, fullhyderabad, Welcome To The Neighbourhood are trademarks of LRR Technologies (Hyderabad) Pvt Ltd. The textual, graphic, audio and audiovisual material in this site is protected by copyright law. You may not copy, distribute, or use this material except as necessary for your personal, non-commercial use. Any trademarks are the properties of their respective owners. More on Hyderabad, India. Jobs in Hyderabad.