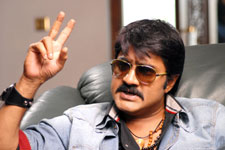 Kritika Deval / fullhyd.com
EDITOR RATING
3.0
Performances
Script
Music/Soundtrack
Visuals
3.0
2.0
4.0
3.0
Suggestions
Can watch again
No
Good for kids
No
Good for dates
No
Wait to rent it
No
Sure, we get this obsession with bodyguard stories. The feisty damsel in distress, the ruthless hero, the insurmountable obstacles, and all the other elements that go into the Tollywood masala - they're all always packed up neatly and kept at your feet.

We're just not quite sure we'd want a bodyguard who'd take ten minutes to look around when we're being beaten up. Nor, for that matter, putting ourselves in the shoes of the bodyguard, are we sure we would go out of our way to save someone who would stand stammering in front of a drunk man with fornication on mind. Especially when she can clearly run, thus saving the poor beleaguered "saviour" a swollen wrist.

That, dear readers, is the tragedy of Shatruvu.

Connection might not be the biggest goal of Telugu mass-filmmakers. But, Shatruvu takes the reverse to what we hope against hope are unsurpassable levels.

Here is what passes for the story. Anusha (Aksha) is in Bangkok finishing her "higher studies" (Bangkok? Seriously?) and falling in love with an aspiring Mahesh Bhupati, Karthik, who mysteriously vanishes when she sends him to Hyderabad to meet her "powerful" father.

So, anyway, this daughter of a "powerful" person is now in danger. As soon as she comes back to Hyderabad, she is set upon by goons, and is saved by none other than our itinerant hero, Shankaranna (Srikanth). She then hires Shankar as her bodyguard for 7 days, the deadline her "shatruvu" has given her to give up her quest, which, although obvious, is something the makers seem to want to keep a secret.

In fact, pretty much everything in this non-thriller is handed to you on a cheap paper plate in about 30 minutes into the movie.

And with everything that isn't, like the romance angle between Shankar and Anusha, the makers apparently assumed that they don't have to work at it. So, we never really get why or how or when or where the two fell for each other. It is left to the audience to just take for granted that they are soul mates.

To say that Shatruvu deals with the currently ubiquitous issue of corruption in politics would be to overstate the case. Nevertheless, that seems to be the intention. And to give credit where it is due, there are enough numbers and news excerpts and blustering speeches thrown in.

At any rate, you are way too annoyed by the ridiculous way the movie has been shot, acted in, and accessorized by equally ridiculous item numbers, to care.

Srikanth's latest performance is a tad less enthusiastic in its sheer awfulness. Perhaps the strain of delivering dud after dud after dud is finally getting to him. Aksha takes a meaty role, picks the meat off, and leaves you with the rotting bones of what could've been an interesting character. Rehman, as the bad guy, gets plenty of practice looking clueless and harassed.

Raghu Babu and Duvvasi Mohan have no clue what they are doing most of the time. Even their job of "comic relief" has been taken away from them, courtesy the supremely unfunny lines they were allotted.

The camera work, especially the director's slip-shod attempts at creating tension, are extremely annoying. The music is ok, but nothing you would you go out of your way to listen to.

Bottomline: There is no reason why you should watch Shatruvu. Not if you have nothing else to do. Not if there is no other movie releasing, which, thankfully, is not the case. Most certainly not if you are, for some unfathomable reason, a Srikanth fan.
Share. Save. Connect.
Tweet
SHATRUVU SNAPSHOT 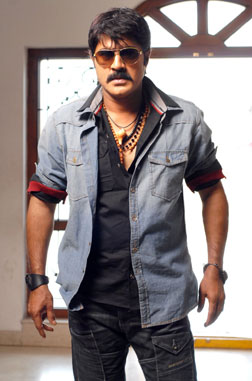 ADVERTISEMENT
This page was tagged for
Shatruvu telugu movie
Shatruvu reviews
release date
Srikanth, Aksha
theatres list
Follow @fullhyderabad
Follow fullhyd.com on
About Hyderabad
The Hyderabad Community
Improve fullhyd.com
More
Our Other Local Guides
Our other sites
© Copyright 1999-2009 LRR Technologies (Hyderabad), Pvt Ltd. All rights reserved. fullhyd, fullhyderabad, Welcome To The Neighbourhood are trademarks of LRR Technologies (Hyderabad) Pvt Ltd. The textual, graphic, audio and audiovisual material in this site is protected by copyright law. You may not copy, distribute, or use this material except as necessary for your personal, non-commercial use. Any trademarks are the properties of their respective owners. More on Hyderabad, India. Jobs in Hyderabad.