Doctor Strange In The Multiverse Of Madness Review 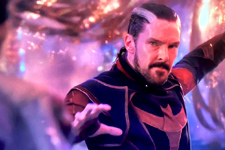 Punarvasu Pendse / fullhyd.com
EDITOR RATING
6.0
Performances
Script
Music/Soundtrack
Visuals
7.0
4.0
8.0
8.0
Suggestions
Can watch again
No
Good for kids
Yes
Good for dates
No
Wait for OTT
Yes
Despite being quite a hard movie to review without resorting to spoilers, and despite the blitzkrieg of things that it throws at you, Doctor Strange In The Multiverse Of Madness is a strangely simple movie. You want to go to a destination, so you drive from point A to point B - but other factors force you to visit point C, and D, and E, and so on and so forth. That is this installment of Doctor Strange, except that each point is a separate universe, and the driver is young America Chavez.

Sam Raimi is back directing a superhero film after ages, having directed the cult Spider-Man series of movies. Raimi's Spidey movies have recently seen a resurgence in popularity thanks to the very popular No Way Home, and it seems like Marvel had planned everything even before that one released.

Dr. Stephen Strange (Benedict Cumberbatch) is in a pensive mood, thinking about his past relationship with Dr. Christine Palmer (Rachel McAdams) a few months after the events of Spider-Man: No Way Home. Encountering a young woman, America Chavez (Xochitl Gomez), in danger, Strange teams up with the Sorcerer Supreme Wong (Benedict Wong) to save her.

Upon realising that the danger to America's life was much larger than he initially perceived, Strange goes to enlist the help of Wanda Maximoff (Elizabeth Olsen). With the powerful Darkhold being used against them, the ragtag band of universe-hopping adventurers must face the biggest threat yet - themselves.

Marvel, for the past few years, have been the masters of inter-connected storytelling. Even the prequel to Doctor Strange in the Multiverse of Madness, 2016's Doctor Strange, established Strange's character and the fact that he would be joining the Avengers. Even as that doesn't change, there is a laundry list of prerequisites - including TV shows - that you must watch beforehand. Alongside Spider-Man: No Way Home, you needs to be familiar with the events of at least one more Marvel production - WandaVision.

There is something lacking in The Multiverse Of Madness, and it is felt despite the movie's huge entertainment value. Marvel movies have never been particularly innovative (singular movies, because they are innovators when it comes to building an interconnected universe), but this gets offset by characters who have heart, and it makes them perfect popcorn flicks. Raimi tries to incorporate his love of horror into the MCU, and the Multiverse is much scarier than anything Marvel has offered in the past (yes, it actually has jump scares - people with kids beware!), but it ultimately feels like an unsavoury middle ground between the usual comedy-infused Marvel offering and something more sombre.

And above all that, this movie also fails to realise the potential of a multiverse - complete universes exist solely to drive the plot forward of the handful of characters that we already know of. The possibilities were endless, but the Marvel juggernaut falters here. Maybe experimental fare doesn't work that well for us when it comes to the MCU. Or maybe, it is the director who makes a film tick even if the films themselves are of a formulaic nature.

Benedict Cumberbatch is in charge, as usual, with cocky characters such as Sherlock Holmes and Dr. Strange being his playthings. Cumberbatch delivers his lines as effortlessly as Strange casts his spells. Rachel McAdams is back as Christine Palmer, and her chemistry with Cumberbatch is interesting, if not amazing. Elizabeth Olson is the star of the show - she unleashes the chaos that her character had been hinting at since it was introduced, and how. Benedict Wong is a dependable sidekick as always, but Chiwetel Ejiofor almost seems like comic relief. For all the talk of inclusivity, Xochitl Gomez's character America Chavez is almost an afterthought - introduced solely for the purpose of exposition.

Danny Elfman's background score is fun, and full of bangers. There is a scene in the movie where music is utilised in combat - and we are sure Elfman had a blast creating it. The visual aspects of Marvel movies have never been an issue - crisp cinematography, and fantastic usage of special effects are to be expected.

Dr. Strange is often asked, and he asks others in the film, "Are you happy?" With The Multiverse Of Madness, we are clearly not. While still entertaining, this one could have been so much more interesting.
Share. Save. Connect.
Tweet
DOCTOR STRANGE IN THE... SNAPSHOT
DOCTOR STRANGE IN THE MULTIVERSE OF MADNESS SNAPSHOT 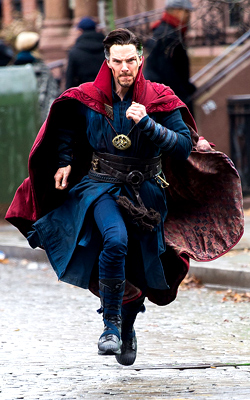 ADVERTISEMENT
This page was tagged for
Doctor Strange In The Multiverse Of Madness english movie
Doctor Strange In The Multiverse Of Madness reviews
release date
Benedict Cumberbatch, Elizabeth Olsen
theatres list
Follow @fullhyderabad
Follow fullhyd.com on
About Hyderabad
The Hyderabad Community
Improve fullhyd.com
More
Our Other Local Guides
Our other sites
© Copyright 1999-2009 LRR Technologies (Hyderabad), Pvt Ltd. All rights reserved. fullhyd, fullhyderabad, Welcome To The Neighbourhood are trademarks of LRR Technologies (Hyderabad) Pvt Ltd. The textual, graphic, audio and audiovisual material in this site is protected by copyright law. You may not copy, distribute, or use this material except as necessary for your personal, non-commercial use. Any trademarks are the properties of their respective owners. More on Hyderabad, India. Jobs in Hyderabad.