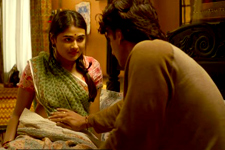 There's a certain brand of socially-conscious cinema which deals with topics our Indian society is uncomfortable speaking about, by presenting a masala entertainer with comedic undertones that tries to gently ease the audience into the aforementioned topics. Akshay Kumar, Ayushmann Khurrana and Rajkummar Rao are the common names you would associate with such movies, and Ranveer Singh attempts to join them with Jayeshbhai Jordaar.

Jayeshbhai (Ranveer Singh) is the mild-mannered son of a conservative Gujarati sarpanch (Boman Irani), who is the typical oppressive patriarch of an entire village. The kind who, when asked by a little girl to ban alcohol in the village so drunk men would stop leering at women, responds that scented soaps will be banned since the fragrance attracts men.

Jayesh's pregnant wife Mudra (Shalini Pandey) and his daughter Siddhi (Jia Vaidya) are forced to bear the brunt of this mistreatment and gender discrimination, until the gentle Jayesh finally snaps and vows to make things right.

The essence of Jayeshbhai Jordaar is simple - a man wants to escape his overpowering father's shadow in order to help make the lives of his wife and daughter better. It is not a unique concept, nor is the film particularly revolutionary - but it still works. The plot is engaging, and keeps you guessing what trouble Jayesh will get into next. Despite said troubles being largely predictable, they tie in nicely into subsequent events - the movie's brisk, just-over-two-hour running time is largely to thank for, in this case.

Given that it is a film about topics that affect women, it is surprising that Jayeshbhai Jordaar has Mudra, the woman at the heart of all of this vile behavior, be a silent spectator - or worse, a sounding board for Jayeshbhai. Is it too much to expect from Bollywood to give a slightly more nuanced portrayal of the female lead? What is even more frustrating is that there's another female character, Mudra's own daughter Siddhi, who is well-written and has a voice. We get it, Mudra is very much the downtrodden wife - but it could have used a healthy dose of subtlety.

Ranveer Singh is as comfortable playing a mild-mannered Jayeshbhai as he was portraying the
murderous Alauddin Khilji. He is a powerhouse performer on his own, but the best scenes in the movie are the ones where he interacts with his daughter Siddhi, played by Jia Vaidya. Jia's energy is infectious, and her character's relationship with her father Jayeshbhai is one of mutual love and respect. Shalini Pandey is let down by the script, but brings a very down-to-earth charm to her role despite it largely consisting of admiration for her husband. Ratna Pathak Shah and Boman Irani are given very one-dimensional characters that don't do justice to their talents, and they easily slide into those roles.

Debutant director Divyang Thakkar also has writing credits on Jayeshbhai Jordaar, and the direction is competent enough. Ranveer Singh's roles are often high energy performances, and Thakkar's script manages to keep the actor constantly in the midst of chaos.

Sanchit and Ankit Balhara's score is simple and effective, and Vishal-Shekhar's songs lend themselves well to the overall theme of the movie. The energetic title track is the one that we suspect will stay with people even after the end of the movie.

Jayeshbhai Jordaar has a message that needs to be heard, but we have talked about how we feel about such movies in the past. So, does Jayeshbhai Jordaar do enough to get past that "socially conscious" movie tag? Well, just about, in terms of entertainment - there have been worse weekend watches. 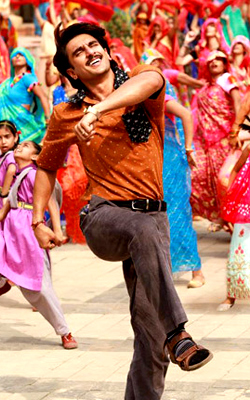 ADVERTISEMENT
This page was tagged for
Jayeshbhai Jordaar hindi movie
Jayeshbhai Jordaar reviews
release date
Ranveer Singh, Shalini Pandey
theatres list
Follow @fullhyderabad
Follow fullhyd.com on
About Hyderabad
The Hyderabad Community
Improve fullhyd.com
More
Our Other Local Guides
Our other sites
© Copyright 1999-2009 LRR Technologies (Hyderabad), Pvt Ltd. All rights reserved. fullhyd, fullhyderabad, Welcome To The Neighbourhood are trademarks of LRR Technologies (Hyderabad) Pvt Ltd. The textual, graphic, audio and audiovisual material in this site is protected by copyright law. You may not copy, distribute, or use this material except as necessary for your personal, non-commercial use. Any trademarks are the properties of their respective owners. More on Hyderabad, India. Jobs in Hyderabad.