Kritika Deval / fullhyd.com
EDITOR RATING
6.5
Performances
Script
Music/Soundtrack
Visuals
6.0
6.0
7.0
9.0
Suggestions
Can watch again
Yes
Good for kids
Yes
Good for dates
No
Wait to rent it
No
GI Joe: The Rise Of Cobra was a ridiculous movie, equally ridiculously executed. GI Joe Part II: Retaliation, though no less ridiculous than its predecessor, saves face by giving you wholesome, bombastic fun, at no extra cost to your mind.

Watch this one for the big guns, the ninjas, and for little electronic fireflies that cause giant-sized explosions.
Share. Save. Connect.
Tweet
G.I. JOE: RETALIATION (HINDI) SNAPSHOT 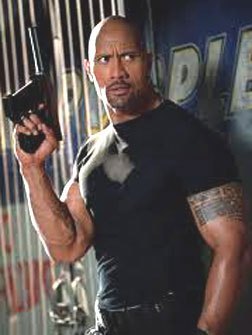 ADVERTISEMENT
This page was tagged for
g.i. joe retaliation full movie hd in hindi
G I joe retaliation full movie download in hindi
gl joe retaliation full movie in hindi download
G.I. Joe Retaliation Full Movie Download in Hindi
g.i. joe 2 full movie in hindi download
Follow @fullhyderabad
Follow fullhyd.com on
About Hyderabad
The Hyderabad Community
Improve fullhyd.com
More
Our Other Local Guides
Our other sites
© Copyright 1999-2009 LRR Technologies (Hyderabad), Pvt Ltd. All rights reserved. fullhyd, fullhyderabad, Welcome To The Neighbourhood are trademarks of LRR Technologies (Hyderabad) Pvt Ltd. The textual, graphic, audio and audiovisual material in this site is protected by copyright law. You may not copy, distribute, or use this material except as necessary for your personal, non-commercial use. Any trademarks are the properties of their respective owners. More on Hyderabad, India. Jobs in Hyderabad.