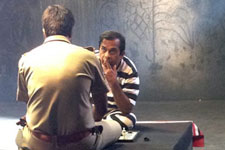 Ravi Kandala / fullhyd.com
EDITOR RATING
1.0
Performances
Script
Music/Soundtrack
Visuals
3.0
1.0
1.0
1.0
Suggestions
Can watch again
No
Good for kids
No
Good for dates
No
Wait to rent it
No
Jaffa has a short runtime - by runtime, we mean the run time it will have in theaters. And by short we mean a few days or a few shows. The multiplex we saw the movie in was nearly full, but by the actual time the movie ended, there were very few people left.

A lot of directors and dialogue writers seem to think that anything goes when Brahmanandam is on screen. The man has created such an aura around himself that all he needs to do is appear on screen, to start off wolf-whistles and hysterical laughter. However, even the best sculptor needs a good quality rock to carve his sculpture out of. Give him a hollow rock, and he is more likely to fail than not.

Jaffa, the film that sees the return of Brahmi to the lead role after more than a decade, is a sorry excuse for a movie. The movie's story sees Jaffa aka Jasmine Phalguna go to jail due to a misunderstanding about a colleague's suicide. The rest of the "story" is about Jaffa emerging as the demigod for all prisoners and helping expose an all-India kidney racket.

The film is totally amateurish, and none of the spoofs or comic situations works at all. It starts with the speed of a tortoise, and proceeds to crawl down to the slowest speed of the slowest snail in the solar system.

The film has absolutely no production values whatsoever. Most of the characters in it wear but one costume, and the entire film is shot in a jail set and a couple of other locales.

No one in the film's crew seems to have heard of continuity - the bottle in the hand of a character in a 5-minute scene in the movie changes from containing fruit juice to water to fruit juice at least 3-4 times.

Characters in the movie have no consistency, and come and go randomly. They mouth random lines, and behave like they are rehearsing for theatre.

Vennela Kishore, after his disastrous attempts with Vennela 1.5 and Jaffa, needs to renounce his directorial aspirations and stick to things like acting the fool on screen - not become the fool off-screen.

All the actors look and act completely bored. It is a pity to see such a line-up of star comedians, including Brahmanandam, Ali, Raghu Babu and Venu Madhav, being wasted in roles of no consequence.

Anup Rubens is credited with the music of the film, but we hardly remember hearing any music. He probably saved his tunes for his next movie and charged the producer anyway!

There is nothing to write home about in Jaffa. Brahmi, the man who can make a tremendous impact in even a bit role, fails to create any comedy in this completely senseless scenario. If you are a fan of Brahmanandam, stay away. If you are not a fan, and are wondering what the hype is all about, stay away then, too. Since fans and non-fans of Brahmanandam form almost the entire gamut of the Telugu audience, the general advice stays simple - STAY AWAY!
Share. Save. Connect.
Tweet
JAFFA SNAPSHOT 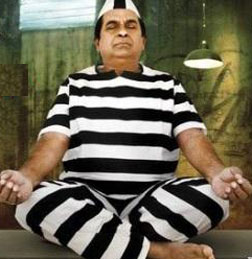 ADVERTISEMENT
This page was tagged for
Jaffa telugu movie
Jaffa reviews
release date
Brahmanandam, Vennela Kishore
theatres list
Follow @fullhyderabad
Follow fullhyd.com on
About Hyderabad
The Hyderabad Community
Improve fullhyd.com
More
Our Other Local Guides
Our other sites
© Copyright 1999-2009 LRR Technologies (Hyderabad), Pvt Ltd. All rights reserved. fullhyd, fullhyderabad, Welcome To The Neighbourhood are trademarks of LRR Technologies (Hyderabad) Pvt Ltd. The textual, graphic, audio and audiovisual material in this site is protected by copyright law. You may not copy, distribute, or use this material except as necessary for your personal, non-commercial use. Any trademarks are the properties of their respective owners. More on Hyderabad, India. Jobs in Hyderabad.