How to Train Your Dragon 2 (3D) Review 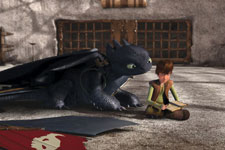 Neha Mathur / fullhyd.com
EDITOR RATING
7.0
Performances
Script
Music/Soundtrack
Visuals
7.0
5.5
6.0
7.5
Suggestions
Can watch again
Yes
Good for kids
Yes
Good for dates
Yes
Wait for OTT
No
Wonder why it took DreamWorks Animation a good 4 years to get back Viking lad Hiccup and his aerial buddy Toothless to the animated skies of 3D-dom. It would seem the studio had its creators working their tails off - and all that hard work has paid off, no doubt there!

Every kid should go see this one, and you should go along for the warm, fuzzy ride. Indeed, this one is "How To Gain Brownie Points With A Young One"!
Share. Save. Connect.
Tweet
HOW TO TRAIN YOUR... SNAPSHOT
HOW TO TRAIN YOUR DRAGON 2 (3D) SNAPSHOT 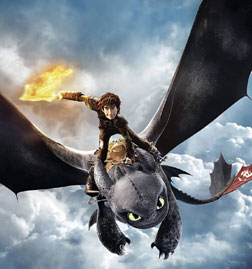 ADVERTISEMENT
This page was tagged for
How to Train Your Dragon 2 (3D) english movie
How to Train Your Dragon 2 (3D) reviews
release date
Jay Baruchel - Hiccup (voice), Cate Blanchett - Valka (voice)
theatres list
Follow @fullhyderabad
Follow fullhyd.com on
About Hyderabad
The Hyderabad Community
Improve fullhyd.com
More
Our Other Local Guides
Our other sites
© Copyright 1999-2009 LRR Technologies (Hyderabad), Pvt Ltd. All rights reserved. fullhyd, fullhyderabad, Welcome To The Neighbourhood are trademarks of LRR Technologies (Hyderabad) Pvt Ltd. The textual, graphic, audio and audiovisual material in this site is protected by copyright law. You may not copy, distribute, or use this material except as necessary for your personal, non-commercial use. Any trademarks are the properties of their respective owners. More on Hyderabad, India. Jobs in Hyderabad.