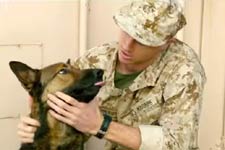 Nupur Barua / fullhyd.com
EDITOR RATING
6.0
Performances
Script
Music/Soundtrack
Visuals
8.0
5.0
6.0
7.0
Suggestions
Can watch again
Yes
Good for kids
No
Good for dates
Yes
Wait for OTT
No
Friend. Hero. Marine. That is Max, in a nutshell. And he is not a human being but a Malinois or Belgian Shepherd - a dog. As the movie points out, some 3,000 dogs have been deployed as part of the US Marines in the war-stricken regions of Iraq and Afghanistan, and unfortunately some 26 of them have died, along with their handlers, in action. Max, directed by Boaz Yakin (of Remember The Titans fame), is not only a tribute to these brave canine fighters, but also a reminder that a dog is, indeed, man's best friend.

Max has a special bond with his handler, US Marine Kyle Wincott (Robbie Amell), and that deepens when the two of them are in Afghanistan. Kyle trusts Max's instincts, and he and his friend Tyler (Luke Kleintank) narrowly escape an explosion, thanks to Max. However, Max is traumatised, and in the confusion, Kyle loses his life.

Back in the USA, Kyle's parents - ex-soldier Ray (Thomas Haden Church) and homemaker Pamela (Lauren Graham) - are heartbroken when they receive the news. Their younger son Justin (Josh Wiggins), a moody teenager who rips video games for a price, has a calming effect on Max, who is now suffering from post-traumatic stress, and is incapable of serving in the Marines for now. The Wincotts bring Max home, but realise that he is hostile and difficult to handle.

When Tyler visits the Wincotts, Max lunges at him, but Justin manages to control the situation. Tyler then tells the family that Max is temperamental and ferocious, and responsible for the death of their son. Justin does not believe this, even as Ray tells his son that the minute he thinks Max is a threat, he will be put down.

Something is wrong with Tyler's story, and with the help of his friend Chuy (Dejon LaQuake) and his cousin Carmen (Mia Xitlali), Justin tries to piece together the puzzle that has been gnawing at him ever since he watched the video of Kyle and Max in training. Justin gets into trouble because of his "hobby", and realising that his family is in danger, has to race against time to sort things out. For that, however, he needs to trust Max, and Max needs to trust him.

Pegged as a family adventure film, Max has only one hero - the dog. Of course, there have been countless movies on the bond between a man and a dog, and like most of them, this one, too, can reduce you to tears (even if not as heart-wrenching as Hachi). We would not want it any other way, even at the risk of self-derision in retrospect. The fact that this is a movie about patriots and bravery is actually irrelevant. It is enough that it is about a dog who is misunderstood, and whose life is in danger.

The director does try a bit too hard to tug at your heartstrings. Some of the situations and dialogues seem too "Hollywood masala", and therefore contrived, and very predictable. The manipulation in screenplay and plot points is evident, but you have to appreciate it for what it is - a family film, executed with simplicity to rope in the kids. It is a straightforward good versus evil story, and the triumph of the former, in the end. Despite that, Max brings a lump to the throat of even the most hardened cynic who abhors manufactured sentimental films.

Indeed, you become so invested in Max that you may not realise that it is not one but five dogs playing the role. Some of them are good in the running and chasing sequences, while others are able to emote better. If you look closely, you may be able to figure out nuances that give away the secret, but that being said, it is obvious that all five of them are well-trained, and comfortable with the camera.

As for the other (human) actors, they are well-trained, too, and their camaraderie (or pretended lack of it) comes across very well. Josh Wiggins is at his best when he shares screen space with Max, and Thomas Haden Church and Lauren Graham cannot hide their obvious affection for the dog, even when they have to portray anger and irritation.

Max (the dog and the movie) flies by pretty quickly, and there is never a dull moment. The makers have taken pains to make their settings as authentic as possible, even when the plot seems straight out of a Hardy Boys novel. The cinematography style, supported by some smart editing, adds to the thrills. This is a movie for all ages, especially for animal lovers (some of them may have a problem with exposing a dog to so much trauma, but that is how it is). It is a feel-good movie, albeit an emotional roller-coaster, and will make you appreciate your pets more.
Share. Save. Connect.
Tweet
MAX SNAPSHOT 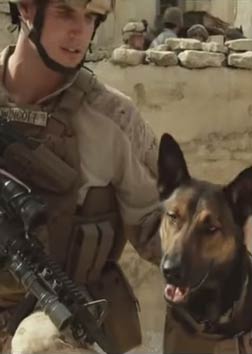 ADVERTISEMENT
This page was tagged for
Max english movie
Max reviews
release date
Josh Wiggins, Dejon LaQuake
theatres list
Follow @fullhyderabad
Follow fullhyd.com on
About Hyderabad
The Hyderabad Community
Improve fullhyd.com
More
Our Other Local Guides
Our other sites
© Copyright 1999-2009 LRR Technologies (Hyderabad), Pvt Ltd. All rights reserved. fullhyd, fullhyderabad, Welcome To The Neighbourhood are trademarks of LRR Technologies (Hyderabad) Pvt Ltd. The textual, graphic, audio and audiovisual material in this site is protected by copyright law. You may not copy, distribute, or use this material except as necessary for your personal, non-commercial use. Any trademarks are the properties of their respective owners. More on Hyderabad, India. Jobs in Hyderabad.