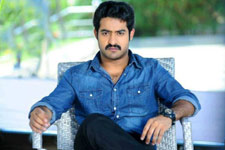 Ravi Kandala / fullhyd.com
EDITOR RATING
5.0
Performances
Script
Music/Soundtrack
Visuals
5.0
2.0
4.0
5.0
Suggestions
Can watch again
No
Good for kids
No
Good for dates
No
Wait to rent it
No
There is a dangerous trend in the Telugu film industry which causes people to refer to movies as "full meals for fans". When a movie is called this, it generally means that the hero strikes twice the usual number of poses and enacts a large number of crowd-pleasing antics in the movie for no rhyme or reason. These are also movies that are solely aimed at the fans of the various stars on the horizon. And considering the fact that there are so few superstars for our sizeable population, movies do well even if only the fans like them.

When measured by this yardstick, Ramaiya Vastavaiya will lead to healthy burps from most of the fans, with a few of them perhaps also collapsing due to over-eating. But when measured by any other yardstick - creativity, originality, subtlety or any such actual movie-making attribute - the general audience will emerge starved and dehydrated, probably on the verge of collapse due to a total lack of these factors.

Ramayya Vastavayya stars Jr. NTR in his 10,458th revenge drama. His character this time around is called Nandu, and he plays a (surprise, surprise) student. Except that he is not seen in college even once in the entire movie. The story is divided distinctly into two halves, and follows the template as strictly as possible.

The first half, like in 10,450 of NTR's movies, consists of Nandu leading a happy-go-lucky lifestyle, falling in love with the heroine Akarsha (Samantha), eve-teasing her until she reciprocates, and an interval bang with him hacking about 50 people to death.

The second half almost immediately plunges into a flashback, which features our hero in an extremely loving family (the moment you see all the laughing faces pampering him, you know they are up for slaughter), another heroine Ammulu (Shruti Hassan) whom he falls in love with and gets his big family to accept, a big massacre with the villains killing 50 people and hero killing twice the number with only him and the main villain escaping unscathed, a prompt return to the present, and the final showdown where good (the hero who kills roughly 300-400 people in the movie) man vanquishes the villain (who hardly manages to hurt the hero's family). Of course, with 2-3 songs added to the mix.

At the end of this film, too, we wonder what makes our heroes take up these projects. Ramayya Vastavayya is like just about every other movie NTR's done - Aadi, Samba and Narasimhudu feature pretty much exactly the same plot.

NTR tries his hand at comedy with a fair amount of success, emotes pretty well, dances like a dream (though the dances look repetitive by the final song), and fights as ridiculously as the stunt masters tell him to. He has also gone back to his lean look, and this movie definitely features him at his best in his now-thin, now-fat career.

Samantha and Shruti Hassan are perfect fillers and hardly have roles worth mentioning. The appeal of Chinmayi's voice for Samantha is also wearing off. The other actors - and there are a lot of them - all go through the motions.

Harish Shankar does a lazy job with Ramaiya Vastavaiya. Showing Rohini Hattangadi as a granny who exercises listening to Sheela Ki Jawaani and whose phone ringtone is Gangnam Style is seriously not funny. The punchlines are all there, but the situations in which they are used take the punch out of them. And with so many complaints about the way we glorify eve-teasing in our movies, is it really necessary to show the hero pursue the heroine in such a manner?

Thaman scores his same old music. It is cacophonic and leaves you with a splitting headache.

There is only so much gore that you can take, so much violence that you can tolerate, and so many hacked limbs and bodies that you can see without gagging. Ramaiya Vastavaiya crosses those limits comfortably. And a running time of 166 minutes means this Rammayya overstays his welcome. Go by all means if you are a fanboy, but for better results, spend the long weekend at home.
Share. Save. Connect.
Tweet
RAMAYYA VASTHAVAYYA SNAPSHOT 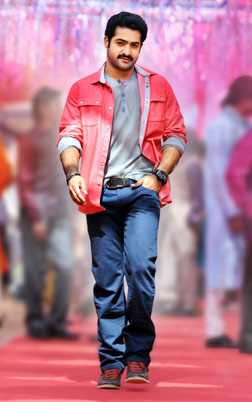 ADVERTISEMENT
This page was tagged for
Ramayya Vasthavayya telugu movie
Ramayya Vasthavayya reviews
release date
Jr. NTR, Samantha
theatres list
Follow @fullhyderabad
Follow fullhyd.com on
About Hyderabad
The Hyderabad Community
Improve fullhyd.com
More
Our Other Local Guides
Our other sites
© Copyright 1999-2009 LRR Technologies (Hyderabad), Pvt Ltd. All rights reserved. fullhyd, fullhyderabad, Welcome To The Neighbourhood are trademarks of LRR Technologies (Hyderabad) Pvt Ltd. The textual, graphic, audio and audiovisual material in this site is protected by copyright law. You may not copy, distribute, or use this material except as necessary for your personal, non-commercial use. Any trademarks are the properties of their respective owners. More on Hyderabad, India. Jobs in Hyderabad.