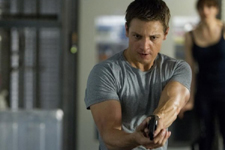 Nupur Barua / fullhyd.com
EDITOR RATING
7.0
Performances
Script
Music/Soundtrack
Visuals
7.0
6.0
7.0
7.0
Suggestions
Can watch again
Yes
Good for kids
No
Good for dates
No
Wait to rent it
No
Although the movie is named after the fourth book in the Bourne series, it does not follow the novel, at least not in the sense that it was written (by Eric Van Lustbader, who continued the series after Robert Ludlum). The Bourne Legacy is more of a side-story, to enhance certain aspects of the three movies before it, and no, it does not have Jason Bourne.

You have to watch the Bourne series before watching this movie (and also remember small details), otherwise you will be a little confused about the stuff that goes on. Aaron Cross (Jeremy Renner) is Number 5, a field agent of Operation Outcome. He treks across his training ground, Alaska, to look for a check-in centre where he can obtain Outcome drugs. He finds Number 3 (Oscar Isaac) tucked away in a cabin in the woods, and asks him to send word across to the authorities.

What both 5 and 3 do not know is that the CIA has decided to get rid of all its black ops field agents, following the fiasco of Operation Blackbriar (refer to The Bourne Ultimatum). Jason Bourne is rumoured to be still alive in New York, and the agency is taking no chances. The person in charge of the cleaning up is Eric Byer (Edward Norton), a perfectionist when it comes to annihilation.

Aaron escapes an attack on his life, and figures out that he is the target of a wipe-out organisation. He still needs his drugs, though, so he travels towards the Outcome HQ. In the meantime, Byer has decided that anybody involved with Operation Outcome, including the scientist and researchers, should be disposed of.

Despite the complicated details, the story flows well in the first half, as one event leads to another, and mayhem becomes inevitable. The dialogues have references to the previous movies, so one has to be constantly alert to grasp the enormity of the conspiracy that the CIA has planned. The protagonist is in the same mould as Jason Bourne, but he is less grim.

The plot is simple - good guy on the run, good guy meets up with heroine, now both on the run - but the narration is intricately complex. Characters pop up without introduction at intervals, and it becomes difficult to keep tabs on their agendas.

A good part of the second half is the big chase - divided into parkour, car, street running and motorcycle chase sequences - with jaw-dropping action and unpredictable twists.

The production design is simple and straightforward, as are the costumes. The cinematography has some gasp-worthy moments, but compared to the first three movies, all of the above are somewhat tame.

Jeremy Renner is terrific. As Aaron Cross, he can be charming and friendly, but he can also be a deadly foe. Rachel Weisz as Dr. Marta Shearing is more delicate than is believable, but her acting skills make Marta a convincing character.

Edward Norton underplays the menacing Byer, and therefore does not have the required effect as the antagonist. Donna Murphy and Stacy Keach look scarier than him, making him seem too young and unimportant to be the man in charge. Oscar Isaac's cameo is too short.

Apparently, this is a stop-gap movie that will eventually lead to Jason Bourne dominating the screen again, once some director-producer tiffs are settled. Tony Gilroy, who wrote the screenplays of the three Bourne movies, is the director of The Bourne Legacy - he wrote the story as well - and he hopes that Paul Greengrass (director of The Bourne Supremacy and The Bourne Ultimatum) and Matt Damon continue the legacy.

The Bourne Legacy is worth one watch, especially if you are a Bourne fan. Just do not expect the intensity that Matt Damon brings to the series, and you will definitely enjoy the whole conspiracy drama.
Share. Save. Connect.
Tweet
THE BOURNE LEGACY SNAPSHOT 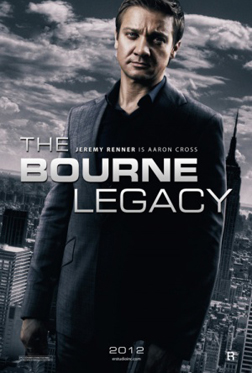 ADVERTISEMENT
This page was tagged for
The Bourne Legacy english movie
The Bourne Legacy reviews
release date
Jeremy Renner, Rachel Weisz
theatres list
Follow @fullhyderabad
Follow fullhyd.com on
About Hyderabad
The Hyderabad Community
Improve fullhyd.com
More
Our Other Local Guides
Our other sites
© Copyright 1999-2009 LRR Technologies (Hyderabad), Pvt Ltd. All rights reserved. fullhyd, fullhyderabad, Welcome To The Neighbourhood are trademarks of LRR Technologies (Hyderabad) Pvt Ltd. The textual, graphic, audio and audiovisual material in this site is protected by copyright law. You may not copy, distribute, or use this material except as necessary for your personal, non-commercial use. Any trademarks are the properties of their respective owners. More on Hyderabad, India. Jobs in Hyderabad.