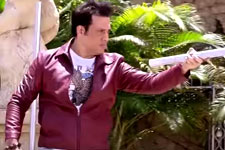 Sonali Dabade / fullhyd.com
EDITOR RATING
7.5
Performances
Script
Music/Soundtrack
Visuals
7.5
7.0
7.0
7.5
Suggestions
Can watch again
Yes
Good for kids
No
Good for dates
Yes
Wait to rent it
Yes
Govinda, or Chi Chi as he is known fondly, has been missing in proper action for a long time now. His recent works haven't received much acclaim or love, thanks to a number of factors, the most important being the scripts. His movies are almost always garish, and consist of over-the-top acting enough to put off the most stoic of people. But with Fryday, Govinda goes back from main chahe ye karun, main chahe wo karun, meri marzi, to main tera hero no. 1.

Fryday starts off with a water purifier salesman, Rajiv Chhabra (Varun Sharma), running to office with the fear of getting fired. His boss gives him an ultimatum that to keep his job he needs to sell at least one purifier by Friday. Dejected and demotivated, Rajiv seeks the help of Manchanda (Sanjay Mishra), an ex-salesman who is in the business of motivating salesmen. Through him Rajiv gets a celebrity contact, Gagan Kapoor (Govinda), a successful theatre artist who is married to Bela (Prabhleen Sandhu), an NGO worker. Gagan is having an extramarital affair with Bindu (Digangana Suryavanshi).

Rajiv talks to Bela using the tactics that Manchanda teaches him, and sure enough, Bela ends up asking him to come on Friday to fit the water purifier even though she will be in Shimla on some work. When Rajiv arrives at their place on the Friday, things go for a toss and there's absolute chaos.

While the script might not seem remarkable at first glance, the movie works thanks to plenty of well-placed comedy. And it helps that all the actors in the movie are natural in the frustrations required to be displayed by them. There is not a single dull moment from about 15 minutes into the film until the last frame. A completely unexpected slapstick laugh riot, Fryday laughs at everything that could go wrong with the name of the day.

Indeed, so much could have gone wrong with the film, but the meticulously scripted comedy makes it a must watch. And if you are a Govinda fan, you'll absolutely love it - the facial expressions that made him the numero uno comic hero way back in the day are back with a bang, and the energy and screen presence are fully intact.

It would be naive to expect ground-breaking performances from a comedy movie, but what also makes Fryday a fun watch is the coming together of actors old and new that brings a freshness to the screen. While Govinda is Govinda, Varun Sharma, of Fukrey fame, does a good portrayal of a man at the end of his tether trying to keep his job. He's anything but fukra here.

Digangana Suryavanshi makes her Bollywood debut with this film, and while she isn't exceptional, she does show promise in a few scenes. While Prabhleen Sandhu as the do-good Bela and Rajesh Sharma as policeman Ranpal and Bindu's husband add sanity to the unbelievable chaos, Sanjay Mishra in his little role as the motivational ex-salesman and Brijendra Kala as a wily robber add chaos to whatever sanity remains in the situation.

There aren't any songs in the body of the movie, though there is one at the beginning, and is rather unremarkable. The background score is as befits a typical slapstick comic movie, and adds a little extra hilarity. The cinematography isn't exceptional, but it's good if it has the right cuts at the right time, and Fryday has that in plenty.

All in all, Fryday is an unexpectedly fun movie that you can watch on any day of the week. If you're a fan of slapstick or if you're a Govinda fan, or even better, if you're both, you'll most likely enjoy this one a lot.
Share. Save. Connect.
Tweet
FRYDAY SNAPSHOT 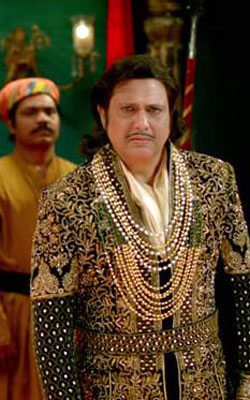 ADVERTISEMENT
This page was tagged for
FryDay hindi movie
FryDay reviews
release date
Govinda, Varun Sharma
theatres list
Follow @fullhyderabad
Follow fullhyd.com on
About Hyderabad
The Hyderabad Community
Improve fullhyd.com
More
Our Other Local Guides
Our other sites
© Copyright 1999-2009 LRR Technologies (Hyderabad), Pvt Ltd. All rights reserved. fullhyd, fullhyderabad, Welcome To The Neighbourhood are trademarks of LRR Technologies (Hyderabad) Pvt Ltd. The textual, graphic, audio and audiovisual material in this site is protected by copyright law. You may not copy, distribute, or use this material except as necessary for your personal, non-commercial use. Any trademarks are the properties of their respective owners. More on Hyderabad, India. Jobs in Hyderabad.