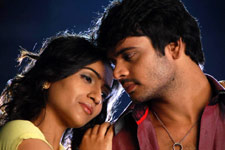 Pranita Jonnalagedda / fullhyd.com
EDITOR RATING
4.0
Performances
Script
Music/Soundtrack
Visuals
5.5
4.0
3.0
6.0
Suggestions
Can watch again
No
Good for kids
No
Good for dates
No
Wait for OTT
Yes
When a movie comes along with not much hype or advertisement, expectations aren't set very high. Needa (Shadow), however, surprises us - in terms of both the plot and the performances. It is an interesting watch, albeit flawed and slow-paced.

If you have seen the posters of the film, or at least heard its name, you may have an idea of what it may be about. However, don't get misled by Ravi Babu's presence in the promos and on the posters, since this is no Anasuya - plus, his screen time doesn't exceed 10 minutes.

Needa is a psychological thriller centred around an abduction, and is a direct adaptation of the American film P2. While the original had a running time of 98 minutes, the Telugu version has been given a muddled treatment to ensure that it matches the tastes of the local audience, and runs for a solid 2 hours.

Swift and stealthy, Needa is a canny exploitation of one of the urban woman's greatest fears - the empty parking space. The story begins with Pooja, a software employee, getting trapped in her office parking lot. Her car doesn't work, all the doors of the parking lot are locked, and the only other person visible in the vast underground complex is Raju, the security guard, accompanied by his gruesome dog, Prem.

Unfortunately for her, Raju is a psychopath who is obsessed with her and has apparently been stalking her for a long time. This is his opportunity to "make her his".

Needa is all about how Pooja uses various gambits to escape her pursuer - she tries to call for help, kills the dog, and tries to get her mobile phone to catch the network signal. And after a tortuous cat-and-mouse chase, you get to see whether she escapes.

The director, J S Choudhary, seemed to have been on his way to making a decent product, until he inexplicably decided to add some of his naivete. He goes off the path, with unnecessary elements added to the plot line. The ill-placed item song is one of his worse decisions.

A movie like this depends completely on inventiveness and screenplay. You cannot fill two hours with a woman frantically running from a deranged man. This is a concept that demands logic, and it is even more necessary that the makers manipulate the screenplay and add some witty happenings that will keep the viewer hooked to the seat. However, it is at such junctures that the story goes awry.

Indeed, you will find Pooja thinking of the right things at the right times. But sadly, nothing works in her favour, because the filmmakers were too busy wondering how to stretch the original version of the movie, of which they certainly did a bad job. At one point in time, you wish she stops running.

What starts as a unique plot keeps wandering off into a different world altogether. It looks like the writers couldn't figure out what else to do with this tale, and just finished with turning Pooja into Bhadra Kali by the end.

However, one of the film's more interesting aspects is the choice of a parking lot as the central location of the story. The clever use of the claustrophobic area is an asset to the movie, and makes the plot something you can identify with.

The narrative is convenient, one that allows a limited cast. Devana Pani is believable as the helpless victim. Her terror and desperation are almost tangible. And Vipin Naik, playing the lonely Raju, is not over-the-top in portraying the villain. He doesn't froth at the mouth or cackle with insane zeal. He simply makes your skin crawl, and his performance is so effective that you feel an overwhelming hatred towards him.

Needa is far from perfect, but there is indeed a certain psychological thrill it gives you. This horror movie is worth one watch, but then, it could have been much more thrilling if not for its length and the unnecessary elements that it has.
Share. Save. Connect.
Tweet
NEEDA SNAPSHOT 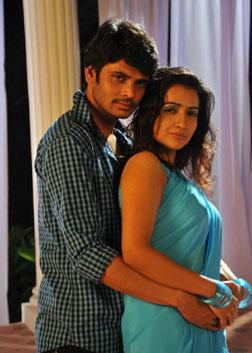 ADVERTISEMENT
This page was tagged for
WuJ64Pwnrzv6r5Ke1GtClztIMH8Q7ga65Din8OBcYqSuajHoWU9zr6HXMTtUltLQB2k2ELhv-Wj41r3TSFspEiooYugDBL52FcCPJUjLQr-f5vrMwUwn0LvgWEGI6y8F1SS1hE7MyRcNd5KT8JqykqWC7jQ7bhL4dMGrefOMWnA7Wcx5dpjc2E4n6incG7ubUvzTRrwxucLRBJy1szn_6EYYkSJbAr2FtGceH3a7Z1W_g5MZ-etVZeGQelbYaE-BW5_4TGQmtKmayXXhCEr86Q--8eR6m-6jjpBBzXm5Fpz1ax9hTpJRZEmHjfW4sNjYc9586U_DhQe4o8GOWL-qYw
needa Telugu movie
needa movie
needa movie review
needa telugu movie
Follow @fullhyderabad
Follow fullhyd.com on
About Hyderabad
The Hyderabad Community
Improve fullhyd.com
More
Our Other Local Guides
Our other sites
© Copyright 1999-2009 LRR Technologies (Hyderabad), Pvt Ltd. All rights reserved. fullhyd, fullhyderabad, Welcome To The Neighbourhood are trademarks of LRR Technologies (Hyderabad) Pvt Ltd. The textual, graphic, audio and audiovisual material in this site is protected by copyright law. You may not copy, distribute, or use this material except as necessary for your personal, non-commercial use. Any trademarks are the properties of their respective owners. More on Hyderabad, India. Jobs in Hyderabad.