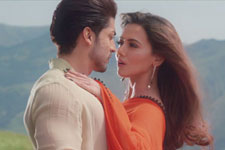 Josh / fullhyd.com
EDITOR RATING
2.5
Performances
Script
Music/Soundtrack
Visuals
4.0
2.0
5.0
5.0
Suggestions
Can watch again
No
Good for kids
No
Good for dates
No
Wait to rent it
No
When a film is great, a reviewer wants to appreciate it. He spends time on finding ways to express that cinematic brilliance in terms of prose. When a film is outright abominable, the reviewer wants to draw out his daggers. He spends time on finding innovative ways to poke at the disgrace. Both cases make for interesting writing experiences. However, when the film is mediocre, the reviewer wants to do nothing with it. He spends time - oh, so much time - trying to get something out but nothing comes. Because there is nothing in mediocrity that inspires an emotion in a person.

After a writer's block of roughly nine hours, we have finally decided to give it to you straight: Wajah Tum Ho (WTH - fully acceptable if you mix it up with What The Hell) is a very, very mediocre film. It has absolutely no reason to exist.

There is a plot premise which is all high-concept. Live murder on television, a media honcho (Rajneesh Duggal) accused, a lawyer couple (Sana Khan and Gurmeet Choudhary) who are fighting each other in this case, and a top cop (Sharman Joshi) who is trying to get to the bottom of it all. For all the high concept, the plot's idea of progression is to introduce incongruent twist after incongruent twist which has nothing to do with whatever has played out till then.

The visuals also try to be high-concept. You see geo-stationary satellites which receive signals in the form of luminiscent blue rays. You see computer consoles with a green skull in the background. You see expensive art direction which the art-director must have believed was trendy. But at the end of the day, the only visuals which brought people to the theatre involved cleavages (of Sana Khan, Zareena Khan and Sherlyn Chopra), and that really didn't need the high-concept posturing.

The music, too, tries. So much distortion on electric guitars. So much schreeching of violins. And yet, we could very well have been watching an Ekta Kapoor soap.

There, we said all that needs to be said and some more. (411 words... will power, where are you when you are needed the most?)

We imagine, somewhere, there is probably a shrine for mediocrity where Vishal Pandya (WTH's director) is the high priest. In this dull place of worship he probably examines the flowers to make sure they aren't very bright or have any fragrance. Then he probably tastes the prasad so that nothing of taste gets through. In all that blandness and dullness, he probably conducts sermons which are read out of the script of Wajah Tum Ho.

It isn't a very interesting thing to imagine, and we wouldn't do it if we didn't desperately want to touch the word limit and get done with it. 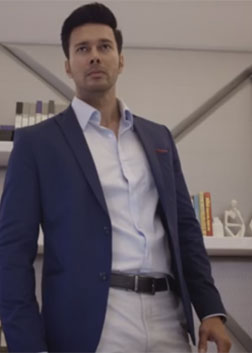 ADVERTISEMENT
This page was tagged for
Wajah tum ho
Wajah Tum Ho hindi movie
Wajah Tum Ho reviews
release date
Sana Khan, Gurmeet Choudhary
Follow @fullhyderabad
Follow fullhyd.com on
About Hyderabad
The Hyderabad Community
Improve fullhyd.com
More
Our Other Local Guides
Our other sites
© Copyright 1999-2009 LRR Technologies (Hyderabad), Pvt Ltd. All rights reserved. fullhyd, fullhyderabad, Welcome To The Neighbourhood are trademarks of LRR Technologies (Hyderabad) Pvt Ltd. The textual, graphic, audio and audiovisual material in this site is protected by copyright law. You may not copy, distribute, or use this material except as necessary for your personal, non-commercial use. Any trademarks are the properties of their respective owners. More on Hyderabad, India. Jobs in Hyderabad.